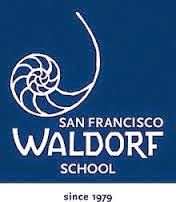 I spent 3 years as a student, and for the first time in my life, threw in the towel and requested to take the GED and get it over with. Like Tasha pointed out, The school has a few avenues depending on the child's willingness to play along. The whole experience was very soft and dreamy, as is the belief in, and surrounding philosophies of fairies and gnomes. I found that Waldorf is comprised of two types of teachers. Those with actual experience and work history, who are somewhat forced to play along with the druidic rituals, and those who treat the school like a religious cult. What if I told you the craziest teachers were Waldorf students themselves?

I have mixed feelings about the curriculum because in my impression, high school is much more about social development than learning applicable knowledge, so the fact that we changed subjects every two or three weeks left me with the feeling of only having a superficial understanding about anything other than crayons and watercolor. When I compare my self development  to friends who either left early or went to other schools, I felt like Adam staring at Eve taking a bite of the apple. I was sheltered, naive, and had little to no understanding of how the real world actually worked.

When criticized about their allergy to technology and the general reality of things, the school setup a pathetic attempt at an intro to computers class. It was obvious to me that their values lie within creating a protective culture to raise children to be happy and oblivious.

What I came here to write about is really the shock of the real world that followed my early departure. I felt like an Amish kid set loose in the city. You want to talk about wanton abandon? That's a good way to line up the pins. I had to party my ass off just to wipe away the frivolous programming and years of boredom that my family paid good money for. For the years following my high-school experience, I was grateful for a few things that Waldorf actually did provide. A handful of good friends who shared the post bubble-world shock either before or with me, the sometimes elusive ability to formulate a sentence, and a love of rebellion.

Should I put another person on the planet, I would perhaps consider early developmental years at a Montessori or Waldorf, but when middle school hits, you need to involve your child in a heap of activities and programs outside of the bubble or else they will be socially unequipped to deal with tomorrow's aggressive economy. Overall my experience was protective in the regard that I'm not addicted to meth, but it's taken me a good length of time to acclimate into the professional adult world, and now I'm the one catching up.

I chose three stars because two indicates that I've experienced better, and that's obviously a lie.
OK, this review is long over due, however, Yelp wasn't invented when I was in high school here.
I'm going to try to sum this up and be brief.
The philosophy does not fit in with what most of the world is expecting out of these kids.
We didn't have text books, (we had to make our own), we were not allowed to use computers...
Hypocritical, as the  administration could use computers.
I found myself my 2nd year of high school dancing to spoken word poetry, writing by hand every single paper for years as the teacher dictated lengthy lectures. I learned nothing regarding a trade a vocation, or college prep.
All your teachers are the same, year after year. Possibly a great bond with your educator. However, If you're on not so great terms or have a personality clash you're potentially  screwed from 1-8th grade. and 9-12th.
It didn't prepare me for college, it hindered me. I left before graduation.
The "Non-Waldorfians" as we transfers were called (who didn't grow up in the system since birth) ALL dropped out and transferred, most even before certain semesters were up.
It says something about the establishment  that if "outsiders" all leave that something is probably wrong.
Just please  don't put a child here who wants to be a graphic designer or really thrive in this competitive technology based society that most of us live in.
READ THIS LINK FROM THE NY TIMES (and the comments)
community.nytimes.com/co…


Our Son attended Waldorf for 5 years after 1 years at a public school. The curriculum at the public school was one dimensional, geared towards tests and scores. Waldorf was the opposite, warm and nurturing, with art and extracurricular activities. As an interim solution it is great. He flourished as a person . We contribute his self esteem to his teacher and the school. However, the school is lacking academics and some teachers are ill equipped to instruct subjects in the 6-8 grades. The school has one methodology; if your child does not respond they are unwilling adjust. Feedback is not welcomed and communication is poor. There are no text books or grades so it impossible to track how your child is performing. 2 parent teacher conferences are scheduled yearly and a hand written school report is provided in the summer. The school report is beautifully handwritten but the focus is the class holistically and how your child is evolving as a person. We are moving our son to a new school in 6th grade. No doubt there will be other issues. However, this move is necessary so that our son can get up to speed academically and receive real help in the areas that he is struggling.
—Submitted by a parent

Posted March 11, 2011
We were very excited about having our daughter attend Waldorf High School It seemed like a perfect fit for her. My concerns began at the first Parent/Teacher/Administrator get together. When asked about getting progress reports on how our children were doing. We were told that would only occur if they were failing. Try getting into a good college with C s. My next concern was my daughter stating how easy all her classes were. Coming from a student that has always worked hard to achieve good grades this was a concern. Luckily we moved to Marin and enrolled our children in a public school . Having always felt private school was important to get the best education possible, it was quite eye opening to hear from most of her new teachers that our daughter was way behind in the basic s required for college. My daughters fond memories of Waldorf turned into a nightmare for her in the amount of additional work she needed to do to catch up. Other friends who attended Waldorf were forced to spend several thousand dollars to help their children score well on the SATs. Nice school, way below average on teaching and preparing children for college. —Submitted by a parent

Posted November 15, 2006
Very rigid. Works well for children with absolutely no learning issues, dyslexia etc. Otherwise it's a train wreck. The early grades,( pre K-5), are fine to excellent if your child gets a good teacher as they have the same class teacher for 8 years. However, even with the best teacher, at the onset of adolescence problems arise. They seem to have a very hard time letting children grow into young adults in an urban environment in this century. There is drama, art and music but no real creativity allowed. Parents are expected to provide a huge amount of practical and financial support but have absolutely no voice in school decisions. For the amount of tuition charged there are wiser choices.
—Submitted by a parent

Posted October 26, 2003
Our child has completed ten years at SFWS. While we feel that the theoretical pedagogy is extraordinarily beautiful and one every child anywhere would be nourished by... the bottom line is that it is only as good as the teacher's own preparation. This is because the child stays with the same teacher the entire 8 years of the lower school. If the teacher's own academic preparation is mediocre and their emotional fitness for the task of taking the children through the first eight grades is tenuous than, this is naturally impacted upon the child. As Waldorf is truly 'alternative' it tends to attract teachers who are less rigorous academically and, definately more artistic! This is lovely and makes for a highly sensitive and gentle curriculum but, it can leave the student unprepared for today's secondary school expectations eg. keyboarding and computer, math skills, creative writing and standardized test taking. One can become 'locked-in' to the Waldorf curriculum... at third grade there's no chance to leave because most of the kids aren't reading yet; at sixth there's the fear of the culture of public middle schools and, at ninth they don't have the skills requisite for the fast track high schools (computer, math, test taking). In the end, we are glad our son has gone to Waldorf but, because this is such a different world than it was 30, 50 or 80 years ago... perhaps we should have put him in a more competitive and rigorously academic environment. The physical environment and the performing arts of the K-8 lower school are wonderful.
—Submitted by a parent


Any prospective parents should learn about Anthroposophy, the religion/philosophy, that Waldorf education is based upon. Information and links to both pro and con Waldorf sites is available at Openwaldorf.com.
- Posted by Anonymous


No Black crayons? No wearing Black? (Black is an "undesirable" color) No photographs (except ones of Rudolf Steiner)? No mirrors? No reading taught until your kid loses their baby teeth? The teachers believe that gnomes are real life forms. They believe in curing cancer with mistletoe. If all of the above makes sense to you, then you'll love Waldorf Schools.  - Posted by Anonymous
(Information on GoCityKids website is not updated for this school) This school follows the Steiner philosophy...arts-based, lovely curriculum but there is the anthroposophical underpinnings which potential parents should know about. Recently the school has had upheavals in the lower grades--poor teachers and disgruntled parents. Please make sure you check out the teacher for your child's grade before enrolling, as that teacher remains with your child for 8 years! That said, you can find a very pleasant, stress-free environment for your child, which is VERY different from any other private school in the city. - Posted by Anonymous

Here's a great blog that goes into detail about this school:
http://thesfkfiles.blogspot.com/2009/10/san-francisco-waldorf-school.html
Don't miss the comments.
Posted by PeteK at 8:47 AM