Waldorf School of the Peninsula 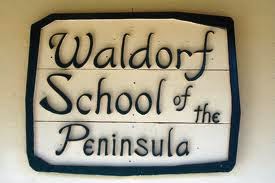 "No responsible parent would ever let their child attend a school with a 23% immunization rate. And indeed there’s a strong case to be made that public-health officials should simply refuse to allow any such school to open its doors unless and until that rate improves. I’ll be charitable here and assume that Richtel didn’t know this number when he wrote his piece — but still, the NYT owes its readers something of an apology here for leading them to believe that there might be something admirable about this sinkhole of highly-dangerous fear and ignorance."
"Update: I should have put this in the original post, sorry, but the chart comes from the Bay Citizen’s immunization pages, which show that “at Waldorf School Of The Peninsula, 72.73 % of kindergartners weren’t fully immunized in the 2010-11 school year due to their parents’ personal beliefs”. The data comes from the California Department of Health."

Waldorf's teaching method doesn't work for everyone, and it is very pricey. My nephew was stuck with the same teacher for over 4 years, and didn't get along with her well, while the teacher wasn't supportive of his differences.


My nephew has met some great people there and really enjoys his friends he has met, but he has had to go through a lot academically.

Overall, this place is challenging but productive (and expensive).
Posted by PeteK at 8:45 AM