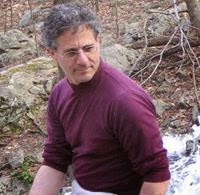 Where do all those anonymous 5-Star reviews of Waldorf schools come from?  They come from people like Harlan Gilbert - whose job it is to LIE to parents about Waldorf education!  Pretending to be a parent and not mentioning that he and his wife are both Waldorf teachers at Green Meadow Waldorf School, Harlan Gilbert - creates a profile here for the sole purpose of making one dishonest comment.
Re: “Control • Halt • Delete”

"We've been very, very happy with the education our children (now 6th and 8th grades) are receiving at the Waldorf school near us. We did get much, much more than we bargained for -- in the best sense possible! This is, at least, the school of the future."
http://www.csindy.com/coloradosprings/harlan-gilbert/Profile?oid=2399285

It isn't the first time I've caught him doing this.  He did it again here:


"We are also at a Waldorf school. I don't know what it would have been like being media-free when the children were in the early years of school if there hadn't been a supportive community of this kind around us.This is coming to an end, however. Our school is located in the greater NYC area. For each of our children, by 4th or 5th grade an increasing number of classmates were having an increasing amount of media time, to the point that both my children in 7th grade complained/are complaining that "everyone else" (read some children in the class) gets to see R-rated movies (ratings primarily for violence, such as Django Unchained) and they don't.With a high school and middle school child, we are now far from media-free, and I now feel that I am fighting a rear-guard action. Though I did feel that some exposure was appropriate from middle school on, I often regret just how far we've entered the media world as a family. (My DW now feels differently than me about this, so there's a limit to what I can say or do without causing marital stress!) In any case, I deeply appreciated those early years! Seeing how much of the children's conversation now centers on media, I am very, very glad they had at least their first 11 years without this influence."


He joins Mothering.com for the sole purpose of doing damage control to a thread that has started posting Steiner quotes:
http://www.mothering.com/forum/285-waldorf/896302-esoteric-steiner-recommendations.html

As the controlling editor of Wikipedia's Waldorf / Steiner / Anthroposophy articles, he's used as an example of a Point Of View editor in this workshop document:

We will now see how this rule affects the discourse among the parties in a way
that makes it distinct from the discourse in edit wars. The example I will use is the
Waldorf case, which followed a set of endless discussions and edit wars. In this case, the war revolved around articles related to Waldorf education (commonly referred to in Israel as Anthroposophy). The main opposing parties - who later became parties to the Arbitration Committee case - were users who were either proponents of Waldorf schools, or avid opponents. Here is, for example, one of the article edits that is an example of the nature of the dispute before it reached the Committee. Before the edit, the article was very critical of the connection between Waldorf schools and Anthroposophy:

"Waldorf schools have been criticized for downplaying their spiritual
nature, which many interpret to be religious. Some critics feel that the teachers influence the children with Anthroposophy, Rudolf Steiner’s
spiritual science, which most Waldorf teachers study. Some even go as
far as to say that the schools are front organizations for
indoctrinations into Anthroposophy. Supporters respond that in a
genuine Waldorf school Anthroposophy is never taught".

After the user Hgilbert, an active Waldorf supporter and a teacher in a Waldorf school, edited the article, the critical tone in the article was entirely changed:

"Waldorf schools appreciated the spiritual origin of the human being,
which many interpret to be religious. Virtually all world religions are
included in the curriculum as mythologies or in the study of historical
cultures. No particular religion is universally emphasized, but the
schools often attempt to bring the local religious beliefs and practices
alive inside of the school, as well; in Israel, this occurs through Jewish
festivals, in Europe generally through Christian festivals, in Egypt,
through Muslim festivals, and so on. The increasingly multi-cultural
nature of many societies is transforming the ways these festivals can
take place; this is perhaps especially true of the schools in the United States. In a genuine Waldorf school Anthroposophy is never taught,
and the schools are becoming increasingly professional in this
regard".


He removed ANYTHING that suggests Waldorf schools have been criticized about ANYTHING.  This is the type of dishonesty that punctuates Mr. Gilbert's control of ALL Wikipedia articles concerned with Waldorf, Waldorf schools, Steiner or Anthroposophy - or anything Anthroposophical (like the temperaments). Just like he disguises his conflict of interest when he posts as a parent, he edits Wikipedia as if he doesn't have a HUGE conflict of interest. Why would Wikipedia allow a Waldorf teacher to control all the Waldorf articles? A Waldorf teacher from the very school that has been caught hiding sexual predators and multiple cases of rape and sexual assault within its community for decades! Are we so sure, millions of readers can trust him to produce the Wikipedia articles fairly?

OK -- I haven't been treating media coverage as very significant, but that makes sense. In line with the guidelines you set out, I've added the NY Times piece that was picked up and reported on in a host of other newspapers and on television news programs. HGilbert (talk) 23:40, 8 July 2014 (UTC)

So, are we going to see some of the recent critical articles about Green Meadow Waldorf School referenced on Wikipedia?  At least on the Green Meadow page? https://en.wikipedia.org/wiki/Green_Meadow_Waldorf_School

Gilbert is textbook Waldorf dishonesty in action - and he is in a position to lie to millions of readers expecting something resembling the truth from Wikipedia. He's been at it for ten years there!  Wikipedia is claiming it wants to change.  Here's a good place to start (their textbook example).  Enough is enough!
Posted by PeteK at 6:59 PM