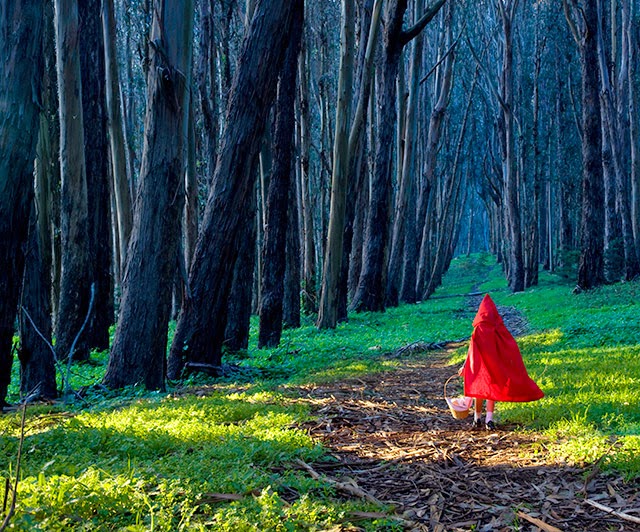 If you visit in the morning, you’ll smell fresh bread being baked. The school bell really is a bell – not an alarm tone piped through speakers. You won’t see kids scoffing chippies or plugged into iPods, or wearing branded clothing. No: Te Ra is a place of greenery, of airy wooden buildings, a place for kids to be kids.
http://www.listener.co.nz/current-affairs/education/fairy-tale-fallout/
But two years ago, parents at this Steiner school discovered a darker side to the writings of Rudolf Steiner. They found what Perkins now considers to be “evil, evil white racism”.
Over an extraordinary few months, parents and staff left the school in droves. The school has no clear record of numbers. But those we talked to say the racism – and the way the school “vilified” those who spoke out against it – drove out six of Te Ra’s 35 staff members and more than 29 families. It was a huge hit for the roll, which is now 140.
Perkins spent more than five years working at Te Ra and sent her children there. “We’ve managed to get ourselves out of something,” she says. “It’s like being woken up – I felt like Snow White, I really did – I felt like the poisoned apple came out of my mouth and I woke up.”
Last month an official investigation commissioned by the Ministry of Education confirmed that aspects of Steiner’s writings are not compatible with the Treaty of Waitangi or New Zealand’s education system. In supporting documents, the investigator also notes “more specific evidence of racism”.
Some who left Te Ra now insist Steiner schools and kindergartens, attended by more than 3000 children across the country, have no place in New Zealand. They have serious misgivings about the fact that eight such secondary and primary schools are endorsed and funded by the Ministry of Education.
And after two years of turmoil, they are ready to tell their story.
It’s important to understand from the outset, these parents and staff say, that what happened at Te Ra could have happened at any New Zealand school that embraces Rudolf Steiner’s writings and philosophy – and that similar sagas are playing out in such schools all over the world.

For a long time, parents at Te Ra had wondered why this school with the Maori name was so Eurocentric. German was taught – unusual for a primary school. Parents say staff complained that kapa haka made children too energetic and resisted the suggestion that children might like to use poi. Sorger says they do make and use poi now.
Parents also found it odd that in the kindergarten and junior school, children were initially discouraged from using black or brown crayons. “It drove them crazy,” says one mother, who wanted to be known as Anna. “They were like, ‘But I need to draw the trunk of a tree!’.”
The crayon issue was also detailed by the Australian in 2007. Ray Pereira, a parent who pulled his child out of Melbourne’s Footscray City Primary School, told the newspaper “his children were not allowed to use black or brown crayons because they were ‘not pure’.”
...
Maori legends are a natural and core part of teaching in state primary schools, and are now told throughout Te Ra. But parents say they were initially told the legends were “inappropriate” or “too gory”. Instead it was all Nordic legends, Hans Christian Andersen and the Brothers Grimm. “We would sort of joke about it,” recalls Anna, “how in all of the fairy tales, the princesses were always really blonde.” Parents complained about the content of some of these stories – including incest and the decapitation of babies.
The word “tribal” was bandied about. There were vague references to children evolving from “childlike” or “tribal” states to “individual states”.
Halfway through 2012, it all started to make a horrible sort of sense. Parents browsing the school’s “parent library” stumbled across writings by Rudolf Steiner that shocked them. “Racist was the word they used,” says Perkins.
In hindsight, it’s surprising this row hasn’t arisen in New Zealand earlier. As the official investigation into Te Ra would later note, “accusations of racism have long dogged the Steiner movement. These are based on the assertion that Steiner believed different races were at different levels of a spiritual hierarchy, with ‘Aryans’ being the highest incarnation.”
His theory, in brief, is that our souls constantly reincarnate: if a person behaves a certain way, his or her soul will advance from the black-skinned or “primitive” races on through the emotionally governed “youth-like” Asian races. All going well, each soul eventually winds up in the bodily pinnacle of humanity: white skin with blonde hair and blue eyes.

The ministry moved fast. Helena Barwick, who is often sent in to troubled schools as a limited statutory manager, was instructed to return with the results of a preliminary investigation by Christmas. She found that the complainants raised “a genuine and valid concern”. Although the school’s initial response was inadequate, she found, during 2013 it took meaningful steps to address the concerns. The Dominion Post ran a small story. It all could have been left there.
But Perkins and Dussler campaigned for further investigation, insisting that the problem of racism in Steiner’s writings is profound and systemic – and that it will not be easily fixed. They urged officials to delve into anthroposophy itself.
Barwick continued her investigation at Te Ra. In March she met a group of parents and staff who had left the school and her report of that meeting is extraordinary.
“The racism is seen as both overt and covert. The covert racism is a paternalistic, condescending racism based on Steiner’s belief that everyone is on a journey to becoming white. It is a very ingrained, racist theology. Once parents became concerned about the racism, they tried to find out more about what the teachers actually believe. It was difficult to find out, but what did become clear was that if you are in any way different – left-handed, Maori, differently shaped head – it marks you out.”
Principal Andrea Sorger notes in a statement that Perkins and Dussler did not identify any instances of racist practice, and nor did the final report of the investigation. Perkins explains they were reluctant to give Barwick examples of how the racist aspects of anthroposophy filter into classrooms as they feared those, rather than the doctrine underpinning them, would get all the attention.
So how does the doctrine affect children? It is clear children are not explicitly taught anthroposophy. In her statement, Sorger also says, “We do not tolerate racism or any other form of discrimination” and “the racist statements that can be found in some of Steiner’s lectures have no place at our school”. A statement from the ministry says: “Rudolf Steiner schools would not be part of our education system if racist views underpinned their curriculum.”
But in Perkins’ view it is not just about the curriculum. She believes the racism in the writings manifests itself more subtly, affecting “how the teacher sees the child in front of them. And that must affect how they treat that child – and I know that it has.”
In her final report, Barwick notes that this was the complainants’ prime concern: “That those responsible for teaching and nurturing children at Te Ra and in other Steiner institutions in New Zealand are, by their training and background, imbued with a world view underpinned with a hierarchy of races that sees indigenous races as having lesser value. While this may be so for some or all of those teaching at Te Ra, there is currently no requirement or mechanism to audit the beliefs held by teachers in New Zealand schools.”
...
Although the federation’s Simpson says that in her experience Steiner teachers are “deep, independent and critical thinkers”, Dussler believes those who have trained in anthroposophy are convinced they have a privileged understanding of children and education. “There is a very strong belief of ‘Rudolf knows best’ that is very pervasive. I thought that as well … You feel that you are obviously wiser than the parents who come with their higgledy-piggledy ideas.”
As Barwick put it: “The school promotes the idea that they have a special and secret knowledge of child development, and that if you take your child anywhere else you will be exposing them to risk. This is powerful for many parents and plays on parents’ insecurities." Dussler says the reaction of some parents to this treatment was “thank God, I’m giving my child into the most loving and wise hands they could possibly be in. I can stop worrying.” The problem with that is “you’re giving your power away, you’re handing it over. You become very vulnerable without really ever consciously making that clear to yourself.”