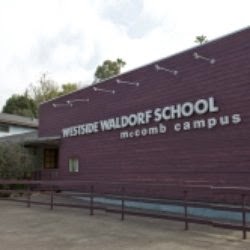 Recently, the Westside Waldorf school was quoted in a newspaper article about Eugene Schwartz.  The article said:

"The Westside School permanently barred Schwartz from its campus on the outskirts of Los Angeles after learning of Green Meadow's "disturbing" report."

The Westside school is one of many Waldorf institutions Schwartz frequented as a guest lecturer and education consultant in the years since his departure from Green Meadow.

"We are deeply troubled and saddened by these revelations," the Westside school's governing council said in a July 21 email to parents. "We have redoubled our efforts and heightened our vigilance more than ever to provide the safest environment possible for our students."

I know a few of these people since they were at the school my kids attended.  I even breakfasted with one of them frequently.  Here's how I described them:

Listed from Highland Hall are:
1) Lisa Profumo (Scemema)... who hid the Wilkins molestation incidents from the entire school, ignored mandated reporting laws and put the school in severe legal jeopardy.  She's lying whenever her lips move.
2) Liis Edwards... Check out letters from Highland Hall on this blog for her signature.  She was involved in MANY cover-ups at Highland Hall.
3) Alex Houghton... a former friend and former Waldorf teacher - he once pretended outrage at what was going on at Highland Hall and promised to reform Waldorf through WISC... he's now silent as WISC continues to employ the very WORST teachers Waldorf has to offer.  He is influencing Waldorf boards across the country... sadly. 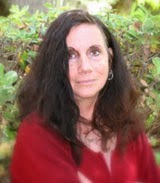 The person I find most disturbing on the list above with regard to child safety specifically is Lisa Profumo (formerly Lisa Scemema).  She was my son's teacher from first through twelfth grade.  I know her well.  She was directly responsible for allowing and later covering up a known pedophile at Highland Hall.  She hid information from parents and teachers alike.  She lied to parents about supposed "signed" contracts and when the inevitable happened, she and everyone else at Highland Hall, despite being mandated reporters, FAILED TO ACT.  I'm sure the teachers at Westside are shocked to hear about the proclivities of this long-time child pornographer (who also frequented Highland Hall).  There's absolutely no chance they knew about him and kept silent (as Lisa did about a pedophile known to her)... Absolutely NONE, right?

So yeah... "redoubling" their efforts to maintain the safest WALDORF environment possible isn't really saying much is it?  This is Waldorf admitting they have put children in harms way in the past - and are keeping the same untrustworthy people on staff... but hey, you can trust them with your kids NOW.

http://www.yelp.com/biz/westside-waldorf-school-pacific-palisades
Alessandra "Lisa" Profumo is abusive.  She neglects the needs of her students.  She is greedy and is a petty thief who steals childhood; time we cannot get back.  Avoid her and this school at all costs. Pathetic facade . . . brush off the fairy dust.  She left my son and his classroom alone with the gnomes watching who reported the children were bad.  The stuff that our child endured that is coming out now that he is safe is worthy of a lawsuit. This woman is a sick human being. We are just grateful to be free.

Wish I could give them ZERO STARS !!! I had an ABSOLUTELY AWFUL experience !! This used to be a super sweet school with lots of nice people, but when I returned after attending a different school for four years, this place has turned into a nightmare, and the root cause of this nightmare IS one of the leaders of the school LISA PROFUMO ! Lisa mentored all of the abusive, horrible teachers I had and I believe she should NOT be allowed to be around children. WHY SHE WAS MADE HEAD OF THE SCHOOL I DO NOT KNOW !!!  My problems started at Westside after I was there Five years and they made the wrong choice in first grade teachers. I was in a class where the teacher would walk kids up to the front and hit them (not me).  The school didn't believe us so we left, but about six months later they eventually fired him. then went to another Waldorf school in the area, where the teacher had anger management issues and would throw a coffee cup full of hot liquid. I was scared constantly and ended up having severe anxiety. My parents then decided to give WSW another try  so i went back for seventh grade. My teacher was totally incapable of teaching middle school, and when she felt that you were starting to figure that out she would humiliate you saying you knew too much, or try to give you a lecture on how drops of water are not the same as water drops. I use to try to help other children in my class with organizing their desks, homework... and my teacher would often ask me why I was wasting my time on them, or she would tell me they would never be able to get it. She also humiliated me in front of my class, often calling me the worst drawer in the class. The math program needs a lot of work too !! One time I was wearing clear nailpolish, and they made me take it off in front of the head of school, while she gave me a lecture on how it is harming the imaginations of the younger children.  SEND YOUR CHILD TO A SCHOOL WHERE THEY WILL GET A SOLID EDUCATION WITHOUT THE ABUSE.
Posted by PeteK at 9:13 AM