John Stumbles into The Waldorf Review

A recent debate erupted between John Stumbles and myself on the Quackometer Facebook page:
https://www.facebook.com/quackometer
on the article about Sylvie Sklan's rebuttal to the recent Guardian article.  Here's what transpired in the comments... Enjoy! 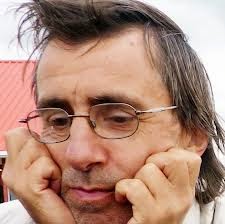 John Stumbles Speaking from almost 2 decades of involvement of 2 kids in a Steiner school the article seemed generally accurate (modulo some weaselling about vaccinations).
The Quackometer It is only accurate in the sense that it is consistent with how Steiner Schools wish to portray themselves to the outside world.
John Stumbles You imply that the reality is different from this: what is your evidence for that?

Update:  After I posted this, John posted back on Facebook, challenging me to put up his post.  I love challenges:
John Stumbles Pete you're weaselling: you make, and then repeat, a statement based not on any factual evidence but solely on your bigoted beliefs, and you present it as fact. That is craven dishonesty.
Care to include that statement on your website too?
And on the subject of your despicable website the publishing of material presuming the guilt of someone who has been accused but not convicted of any offence might in some jurisdictions be considered prejudicial to a fair trial and contempt of court. And publishing the accused's home address and a photograph of their house might be considered incitement to vigilante action.
I think that speaks to your respect for the law.
It's hard to credit accusations against Waldorf people when they come from someone ethically bankrupt.

The Waldorf Review Sure, I'll tack on your comment. No worries. I'll reply to it too. Guilt doesn't require waiting for a conviction. When somebody admits he has done something, but the law hasn't convicted him, it doesn't undo what happened. But hey, good job of standing by and supporting the plight of the pedophiles and child pornographers. As you have admitted, you have no problem turning the other cheek for problematic teachers - even when other parents don't.

I love how John is using the "innocent until proven guilty" defense against pedophiles who have themselves admitted their guilt - and yet suggests I'm the one who is "ethically bankrupt".