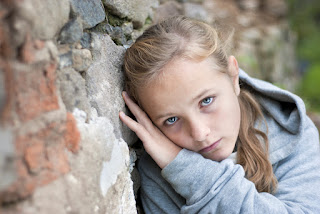 "I think I would feel more comfortable if they told me that she had a karmic
score that she was paying back. They've always denied that their was a problem.
Even though 80-85% of the class went to the proper people, individually and said
there is a big problem. This year it was so bad that children were sick from
fear of being bullied and didn't want to go to school. I didn't know this until
a special meeting was called to announce the departure of the teacher. Then all
the parents told the college that they wanted a teacher who could deal with the
problems that keep reoccuring. It was also pointed out that many parents had
complained but everyone was told that they were the only family in the class
with the problem. I know that the children in the class were going through the 9
year change but I think this was magnified because of the adults denying it.
Also the child who was the bully, was given bare minimum punishments because
this child was a teacher's child. It is hard to feel that the children are in
safe environment because the teachers deny anything is occuring. Instead we were
told that because we didn't support the teacher this is why the teacher is
leaving. Well that's fine if they want to point the finger but they still deny
that anything happened. I know we all make mistakes but nothing has ever been
explained in a spiritual/anthroposophical way. It's always deny there's a
problem and if you get caught denying it, then say it's the parents fault. I
know I'm far from perfect but I guess I look up to these teachers. When little
ole me can see something is amiss it saddens me that something could have been
done early to head off this problem. I think considering my daughter's position
with the bully she did excellant this year. We also read tons of stories at home
to help her, took her to counseling, and got ahold of tapes from a Waldorf
counselour?/teacher? that talks about bullying in a child's life. Now the
question is will we get an experienced teacher, who can help these children? I
also might get her retested to see if her hearing has changed any. We've put her
on a special diet that is supposed help."
Posted by PeteK at 2:58 PM